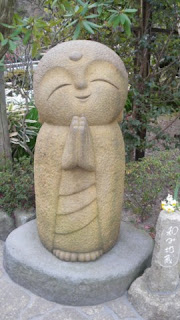 The ‘tipitaka-tripitaka’ (Thai – พระไตรปิฎก) is accepted one of the major Buddhist scriptures in which is similar to that of The Bible of Christianity, The Koran of Islam, The Vedas of Brahmanism (Tri Vedas) and Hindu. Eventually, it is considered by most Buddhist traditions that it preserves the original teachings of Buddha, the historical Buddha Gotama (Sansakrit – Goutama) or Sakayamuni. The 'tipitaka' is recorded in Pali language - it is believed to be the simplification of Sankrit [it is widely used to preserve Mahayana Buddhist scriptures]. There is no clear evidence of Pali as the original language used for propagating his doctrine in his time. Merely the hypothetical assumption in which perhaps it is one of the dialects in India the Buddha chose to preach in order to avoid using Sanskrit which was widely revered in the Brahmanic society - the reason is still debatable. However, Pali is also indicates a significant hallmark and a unique trait of Buddhism it represents - Theravada Buddhism, Pali Buddhism, South East Asian Buddhism, and/or Orthodox Buddhism.
Literally meaning of the ‘Tipitaka’ (Pali – tipitakaṃ or tepikakaṃ) is derived from Pali words of ‘ti’ or ‘te’ means ‘three’, and ‘pitaka’ which literally is ‘basket’. The ‘Three-Baskets’ contains the teaching or words of the Buddha. However, the literal translation as ‘the three basket’ sounds odd for religious or doctrinal ontology, and its accounts containers. It creates a doubtful understanding for people in other traditions. The word ‘pitaka’ itself, in many regions, has been interpreted by the Pali atthagathacara (the commentaries or the Pali grammarians) in two interesting notions;
1. ‘pitaka’ as ‘ontology or scripture’. Clearly, the translation has been drawn from the Pali discourse itself that says in Pali that ‘ma pitaka saṃpadanena’ which is literally translated as ‘do not be attached merely by reading from scripture’. This notion obviously suits best for the general meaning of religious and doctrinal context, for it is more trustful and revered as common religious content is supposed to be.
2. ‘pitaka’ as ‘container’ like basket which also appears in the Pali discourse that says ‘atha puriso agac̣cheyya kuḍdala pitakamadaya’ which means ‘then a man having carried a hoe and a basket comes this way’. Thus, the suitable meaning of the ‘tripitaka-tipitaka-tepitaka’ is ‘the discourse or scripture’ for it systematically organises and assembles most of the significant teachings and accounts of the Buddha and some of his major disciples into one system as if they were kept safely in the baskets. What are those three ‘pitaka’?
The Tipitaka
1. The Vinaya Pitaka (Pali) – It contains monastic rules and disciplines of bikkhu and bikkhuni (Buddhist monks both male and female) or some regulations that are legislated by the Buddha for bikkhu and bikkhu to practice and live in virtuous conducts.  Additionally the Vinaya also records monastic customs, traditions and indicates how the monastic administration and management should work.
2. The Sutta Pitaka (Pali – or Sutra in Sanskrit) – It refers to the general discourses, sermons, accounts and teachings of the Buddha and his major disciples for all kinds of people in various locations, places and circumstances. The Sutta is considered the longest text recorded in the ‘tipitaka’. The discourses have been recorded in all literally formations such as common conversation, actual sermon debate, and preach in both prose and verse, or some are the mixture of prose and verse formation.
3. The Abhidama Pitaka (Abhidarma – Sanskrit) - This scripture refers to pure Buddhist principles, philosophy and ontology in which it is believed to be recorded and organised in the most systematic and academic approach without any personal accounts or events included. They are mostly psychologist, philosophical and the metaphysics principles of Buddhism. Despite the most holy and supreme it sounds compare to the previously mentioned scriptures, it is considered by many Buddhist scholars that the Abhidama is not a genuine teaching that expressed from the Buddha himself, for the style of the language (Pali) used is considered much later. It is described as a master piece of literally works which written and established by an unnamed Buddhist authors around 3th Century B.C. in order to assemble the scattered Buddhist teachings and principles in a more systematic approach. However, the derivation of the complete tipitaka itself is also skeptical in which it never been mentioned in any Buddhist scriptures in the time of the Buddha. Therefore, the question is that how did the Buddha, his disciples and general Buddhists in India by that time organize, describe and put together a massive amount of those teachings proliferated and infiltrated Indian societies for at least 45 years since he first ‘set the divine wheel treasure of Dhamma in motion’ – (pavaṭtitapavaradhamacaḳko) into a practical and accessible system.  In the time when a proper writing system was not widely recognized and accepted, obviously a complete set of Buddhist scriptures did not exist until the latter half of the 3th Century B.C. (approximately around 300 years after the Buddha attained nirvana, niḅbana – liberation). In addition, there is no evident to prove that the Buddha himself is literate. It seems he did not write anything during his long teaching period. Nonetheless, there must have been some forms of an approach to preserve his substantial teachings and words for his disciples and Buddhist to recount when needed. However, the formation and actual forms should not be as it is now, but it is called ‘mukhapātḥa’ approach means ‘verbal recital’.
Posted by Dr.Jay at 3:03 AM